Prepare to Register for the 2022 WOS Annual Conference

Check out field trips, lodging, meals, evening programs and other information for the 2022 WOS Annual Conference, scheduled for June 9 – 12, 2022 in Spokane Valley, Washington. Registration opens 8 a.m. April 24, and it’s wise to make hotel reservations as soon as possible to get the WOS group rate and avoid high seasonal rates in the Coeur d’Alene tourist area. The theme of the conference: Shrub-steppe to meadows to peaks. It reflects the diverse array of habitats (and birds) in this lesser explored area east of Spokane. The popular Stump the Experts quiz returns Friday night. Keynote speaker Saturday night is Mike Munts, Refuge Biologist for the Little Pend Oreille National Wildlife Refuge. His topic is the Great Gray Owl: Introduction to the Ghost of the Forest. All conference attendees will be required to show proof of vaccination and follow COVID-safe guidelines provided by the WOS board for the conference.  Read more >>>

The Nisqually Refuge with some 4,500 acres of mudflats, salt marsh and riparian areas might seem a little large to be called a birding “patch,” but what else do you call a place that a band of dedicated birders have been walking week in and week out, some for nearly 20 years — ever since Phil Kelley started the tradition in 2003. WOS Volunteer Shep Thorp talks about the birding walks, which have turned up some unusual birds and a great selection of regulars — as well as providing the opportunity for lots of socializing.   Read more >>> 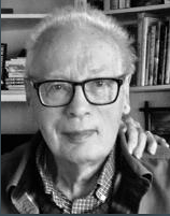 Wahl, who died February 17, 2022, was born in Bellingham in 1930. After graduating from college, he entered the family department store business in Belllingham. But in 1972, at age 42, he became a full-time field ornithologist. For the next three decades he contributed to field ornithology in a myriad of ways: pioneering seabird censusing techniques; advocating for conservation; educating birders and others; and mentoring scientists. From his birding experiences and his contacts with ornithologists and researchers, Terry developed a strong belief that birders could, and should, contribute to increasing knowledge of the status of the birdlife around them. In recognition of his many significant contributions, WOS named him the Zella M. Schultz award winner in 1998.   Read more >>>

Antonelis-Lapp, an Evergreen State College Emeritus Professor, is the featured speaker at the WOS April 4th monthly meeting, held online only. He is the author of the 2020 book “A natural and environmental history of Mount Rainier National Park and its watersheds and surrounding human communities.” His connection to the mountain is long and deep. He’s worked there, hiked it extensively, and studied it in depth. He’ll speak about the status of some of the endangered species found at Rainier and its neighboring watersheds: Northern Spotted Owl, Marbled Murrelet, and Streaked Horned Lark.   Read more >>>

The Washington Ornithological Society seeks a volunteer editor for its bimonthly online newsletter, WOSNews, beginning this July. The editor will work with a team of writers to share information on the birds and birders of Washington state. Current Editor Ron Post is retiring after six years at the helm. Thanks Ron! Have a great retirement!  Read more >>>

The 2022 Westport Seabirds Schedule Is Out!

If you’re interested in viewing pelagic birds off Washington’s coast with expert WOS spotters aboard ship, you’ll have 20 trips to choose from between April 23 and October 8. Terry Wahl initiated trips offshore to Gray’s Canyon in September of 1966 and began systematic censusing in September of 1971, which continues through the present. Westport Seabirds trips have produced the longest running database of birds counted at sea in the world and have provided the foundation for several papers on seabirds of the northeast Pacific. For more information about the organization go to https://westportseabirds.com/ but you can check out the schedule in this WOS newsletter   Read more >>>

Are you wondering where you might go to bird this spring? Tom Bancroft describes a wonderful experience he had in an Okanogan Highlands wetland last June. “It seemed like I heard 12, maybe 13 [species] this early June day. Concert halls like this seem to always leave me revived and ready to face our hectic lives. I grabbed the door handle on my car, then paused, walking instead along the edge, listening to the joy of life for a while longer.” Wilson’s Snipe, Yellow Warblers, Red-winged Blackbirds, House Wrens, Common Yellowthroats, Willow Flycatchers and others were all singing. Do not miss the link that Tom provides to a 10:33 minute soundscape recording of the dawn chorus.   Read more >>>

WDFW is reviewing the conservation status of pelicans

The state wildlife agency performs regular reviews of species of conservation concern. Both the Brown Pelican and the American White Pelican are under review right now, with the comment period closing May 5. The two pelican species are among nine species that WDFW will review in 2022. The others are: Western Snowy Plover, Streaked Horn Lark, Northern Spotted Owl, Bald Eagle, Marbled Murrelet, Peregrine Falcon, and Sandhill Crane. Next year will see reviews of Yellow-billed Cuckoo and Columbian Sharp-tailed Grouse. The in-depth informative reports are usually available by doing an Internet search for WDFW status review and the name of the species.   Read more >>>